What’s Wrong with the Legal System?

Samuel Michaels is the founder of Canada Legal Help. He writes on topics including access to justice, legal service provision, and legal system innovation. Samuel is a J.D. student at Osgoode Hall Law School.

I have a secret to let you in on. It’s the elephant in the room that, I’m fairly certain, many in the legal community still don’t notice. I am absolutely certain the public at large don’t know it, and I have a nagging feeling some will cringe while reading my attempt to expose it. However, some elephants deserve our attention, and this is one heck of an elephant.

The secret has three parts. Firstly, there are tons of law school applicants, students, and lawyers who are capable and willing to work in the legal industry, and yet they are pigeonholed into a limited number of employment opportunities. Second, the majority of the public need help solving legal problems, and the legal community focus almost entirely on connecting people to legal help, rather than making systemic changes. And finally, the interests of many in the legal community are directly at odds with the job they are doing.

I imagine this reveal hasn’t had quite the impact you were expecting, but before you roll your eyes at my dramatics, let me unpack what I’ve said, just a little. What I’ve learned in law school, and through my work for Canada Legal Help, is that the legal system is full of conflicting dynamics. There are too many people in the industry, and yet the public still have enormous difficulties finding legal help. Many lawyers, government workers, and court officials are tasked with finding simpler, more feasible methods of addressing legal problems, and yet solving these issues would reduce the need for many legal jobs, including theirs. Law students are told to go out and change the world, and yet are put through a process that encourages subservience, obedience, and self-preservation.

Let me give an example of this dynamic. In Ontario, individuals with employment-related issues can send their complaint to the Employment Standards Office under the Ministry of Labour. The Ministry has gained a notorious reputation for long wait times and weak enforcement procedures. This problem could have been corrected by a simple legislative change. If the employment legislation read, for example, that “any employer who violates an employment standard will face a fine equivalent to 10% of their annual profit,” the violations would, quite simply, stop. Of course, instituting such a change would take enormous force of will and commitment on the part of our politicians, so it doesn’t happen. Rather, the Ministry introduced a new system with an extra “level” of Employment Standard Officer, which has proven to, expectedly, bog the process down even further with an unnecessary and bloated bureaucracy.

This is but one of thousands of examples of the conflicting interests at play in the legal system. Law school is itself a business, where one pays to be provided with a degree, which in turns confers the right to pay for a license. For many legal opportunities, the system is a fair exchange, but the problem is that the law itself reaches well beyond these opportunities. A corporate lawyer at Davies, and a legal aid worker in Nunavut have passed through the exact same process. In the effort to preserve the independence and position of the legal community, we have failed to notice that the system over which we preside has grown well beyond what can be comfortably managed through a narrow, close-minded institutional framework. It’s not to say that the institution is unnecessary, but the mode of operation does need to evolve.

All of this pretty much amounts to “what’s wrong with the legal system? A whole bunch of stuff!” However, my goal here isn’t to break the problem down into a nice, easy-to-swallow capsule. In fact, these are some pretty big problems, and it would be downright irresponsible to pretend they can all be outlined in a few sentences each. All I’m hoping is that this piece helps to start exposing the secret that what’s wrong with the legal system is a conflict of dynamics; not just that “it’s complicated” or “it’s expensive.” A growing chorus of voices in the legal community are already writing on the same subject. My hope is that by exposing the secrets here, in a blog intended wholly for the public, I can start exposing what’s being said to a larger, and more important, audience.

Though this, admittedly somber, post offers much in the way of criticism, and nothing in the way of solutions, I hope it still will prove of some value. The problems with the legal system, for the most part, are directly affected and amplified by the conflicting dynamics from which that system is composed. Making progress will, almost necessarily, require sacrifice on the part of all who draw their livelihood from the system, and a re-evaluation of the processes and mechanisms which give it form. The first step involves acknowledging the depth of the problems and rounding ourselves into a mindset which is conducive to finding solutions. This may only happen if the public pressure is on to force the legal community to change. Hopefully, this piece will have some small impact in justifying, and helping to generate, that pressure. 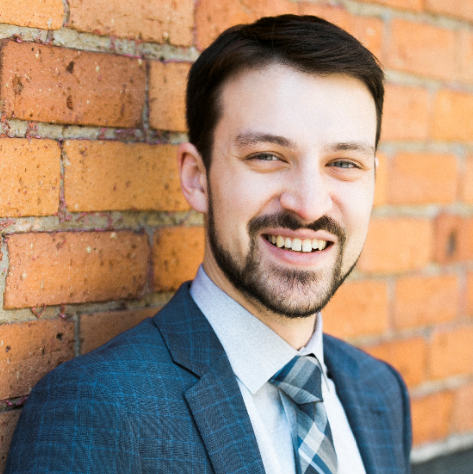